Virginia Woolf:   “One should be a painter.  As a writer, I feel the beauty, which is almost entirely colour, very subtle, very changeable, running over my pen, as if you poured a large jug of champagne over a hairpin.” 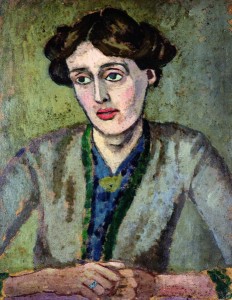 Woolf is known for her modernist novels, most notably Mrs. Dalloway and To the Lighthouse.   In all of her work, she employs painterly as well as literary techniques in her portraits and metaphors.  The character of Lily Briscoe in To the Lighthouse is a painter whose creative efforts are at the core of the novel. 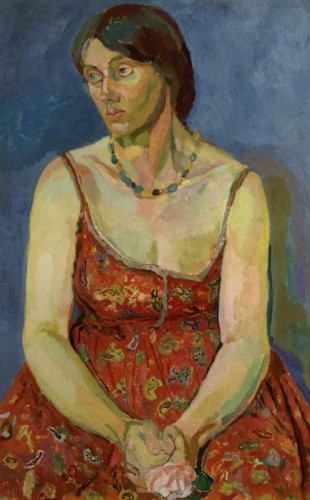 Woolf had an avid appreciation of visual art and was steeped in it. Her milieu was the famous, or infamous, Bloomsbury Circle of early twentieth century London.  Among the key figures of Bloomsbury, along with other writers and a token economist (John Maynard Keynes) were three notable English post-impressionist painters:  Woolf’s sister Vanessa Bell, her partner Duncan Grant, and their mentor Roger Fry.  The group had frequent philosophical and critical discussions about each others’ work and about the arts. 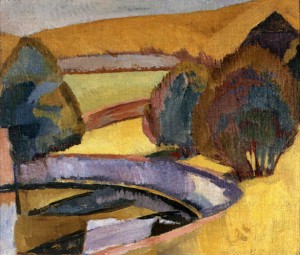 Visit Virginia Woolf’s house!   Click here if you are unable to view the video.

Alice Lowe writes about Virginia Woolf at:
www.bloggingwoolf.wordpress.com and www.aliceloweblogs.wordpress.com