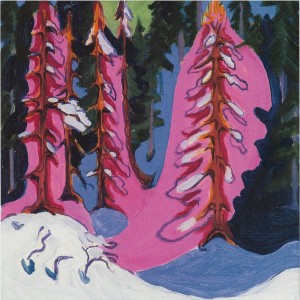 “Anybody who sees and paints a sky green and pastures blue ought to be sterilized.” Adolph Hitler 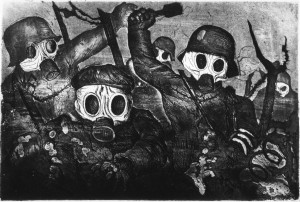 “Any art that does not glorify war is forbidden.” Nazi propaganda 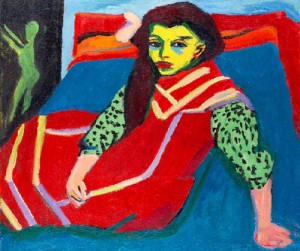 “Garish colors and contorted poses of the female body are evidence of a depraved society.” Nazi propaganda

The horrors of World War I, the terrible economic depression, prostitution, the chasm between the rich and the poor…all were bitterly protested in art.

As a young man Adolph Hitler was refused admittance to art school in Vienna, Austria, on the basis of his lack of artistic ability. He never recovered from the rejection.

Hitler denounced German Expressionist artists and their extremely colorful paintings as “degenerate.”  They were evidence of a pollution in the Aryan strain. The artists who produced them were fired from their teaching positions, their works were removed from museum walls, and they were forbidden to paint again.

Some of these “degenerate” artists escaped to other countries, many of their works were hidden for years or secretly smuggled to America, and many, many works were burned.

Today German Expressionism is considered a momentous time in German art history, the paintings are back on museum walls and “degenerate” art is celebrated over the world.