“The migration was spurred on by the treatment of the tenant farmers by the planter.”
Jacob Lawrence

One hundred years ago there were two big issues in America…migration and racial inequality.

One hundred years ago, despite the Civil War’s abolishment of slavery, but before the Civil Rights Movement, African Americans were still repressed socially, economically, and legally.

“For African Americans there was injustice in the southern courts.”
Jacob Lawrence 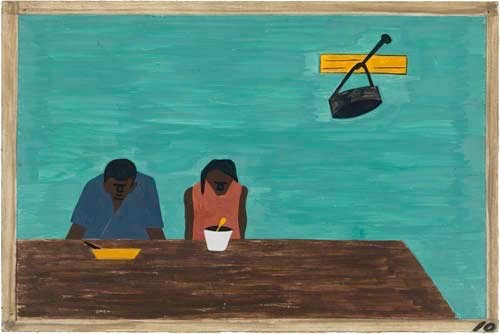 “They were very poor.”
Jacob Lawrence

Jacob Lawrence, African American artist, painted their stories. With his 60 small intimate, paintings, done on wood board and with inexpensive tempera paint, Lawrence’s series was instantly recognized as a tour de force, a new American epic.

Lawrence and his wife, Gwendolyn Knight, wrote captions for each painting which are reproduced under each image. 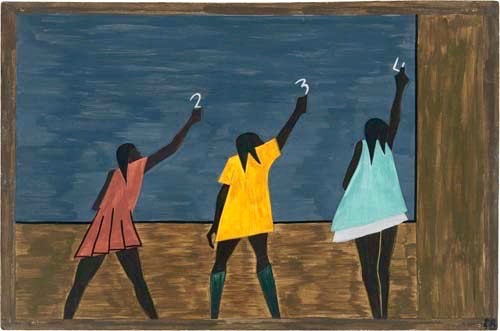 “In the North the African American had more educational opportunities.”
Jacob Lawrence

By 1970, the migration of African Americans had ended, and 6 million souls had left the South, hugely enhancing American culture. American music, food, expressions, and politics would never be the same.

2015: One hundred years later there are two big issues in America…immigration and racial inequality.

More Jacob Lawrence. Click here if you are unable to view the video.

Must see video – Marian Anderson, celebrated African American singer, performs before a crowd of 75,000 people at the Lincoln Memorial on Easter Sunday, 1939. Click here if you are unable to view the video.