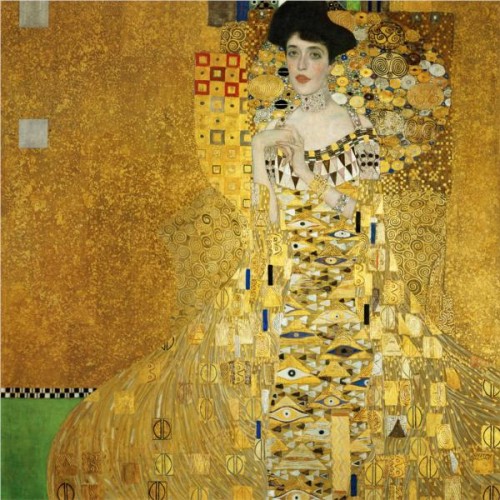 The young woman floats in a shimmering crust of gold. Her dark head emerges, as if drowning in gold. Her look is sultry, an earthly goddess.

The model, Adele Bloch-Bauer, was 26, Jewish and the wife of a wealthy sugar baron in Vienna. The painter was Gustav Klimt, the most celebrated artist in Austria. The year was 1907.

Gustav Klimt was the son of an impoverished gold engraver. So poor was he as a boy, that he missed school for a year because he didn’t have the correct trousers to wear. But he learned about gold, and in the Vienna of the early 1900’s, gold symbolized power. Gold leaf adorned statues, uniforms, palatial estates…and Klimt’s paintings.

Klimt’s Portrait of Adele Bloch-Bauer I is his most acclaimed work.

Adele Bloch-Bauer died of meningitis in 1925. 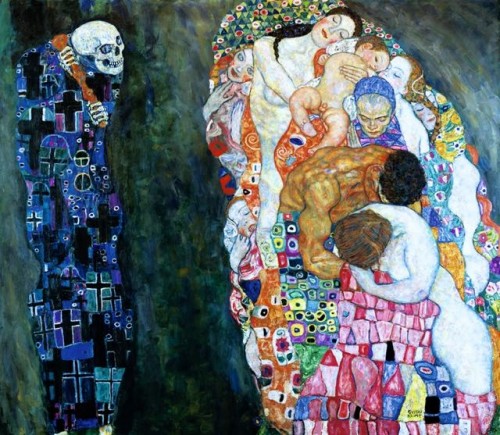 In 1938 Hitler and Goebbels imposed crushing and murderous restrictions on the Jews of Vienna. Their art was the first to be plundered.

Adele Bloch-Bauer’s widowed husband, Ferdinand Bauer, was stripped by the Nazis of his sugar refineries, his palatial home and his art…including the brilliant Klimt painting of his wife, Portrait of Adele Bloch-Bauer I.

The remarkable painting was hung in the Belvedere, the Austrian palace museum in Vienna. There was a problem, however. The title of Klimt’s painting had a Jewish name. Under Nazi regime no painting hanging in an Austrian museum could have a Jewish name.

The Nazi solution: the name was changed to The Lady in Gold.

The rightful owner of the glorious work, Ferdinand Bauer, escaped to Switzerland and died in poverty in 1945.

Sixty-eight years later, and after a protracted legal battle between the Austrian government and the heirs of Adele and Ferdinand, the portrait was returned to the family.

The Portrait of Adele Bloch-Bauer I now hangs at the Neue Galerie in New York City. Cosmetics giant Ronald Lauder bought the painting from the heirs in 2006 for $135 million.

Watch this “Women in Gold” movie trailer starring Helen Mirren and Ryan Reynolds.
Click here if you are unable to view the video.

See this terrific discussion on Klimt’s paintings.
Click here if you are unable to view the video.