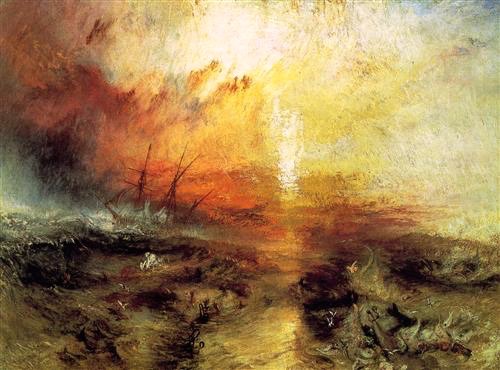 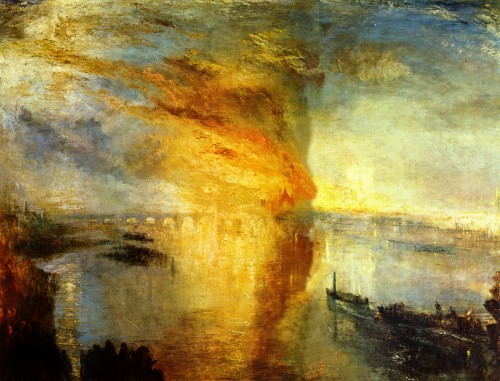 Burning of the Houses of Parliament, 1834
Turner

Not all were enchanted with his work. Queen Victoria touring the Royal Academy in London, pronounced Turner’s paintings, “…disgusting.  A yellow mess.” Critics were suggesting he was losing his mind.

Art historian’s discussion of Turner’s most famous painting, “The Slave Ship.”
Click here if you are unable to view the video.