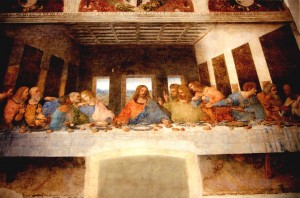 Leonardo da Vinci captured the moment in which Jesus makes the staggering announcement that he will be betrayed by one of His disciples. This is the last supper they will share.

He is indeed betrayed by Judas Iscariot that same night.
He is crucified by Pontius Pilate.
He rises from the dead three days later.

And the world is changed forever.

Artists have expressed their own versions of The Last Supper for over 500 years.
Their interpretations are profound, enlightened, mysterious, and humorous. 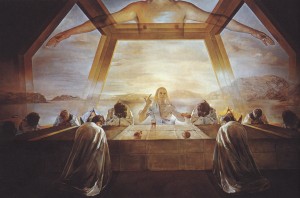 The Sacrament of the Last Supper, 1955
Oil on canvas, Salvador Dalí 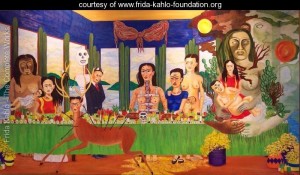 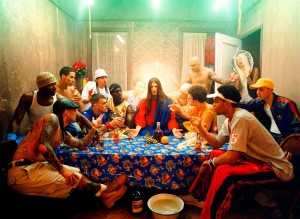 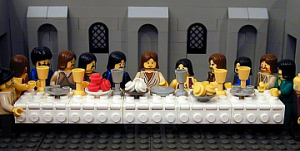 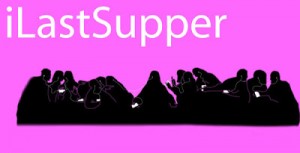 You won’t believe the tumultuous life of The Last Supper!
Click here if unable to view the video.