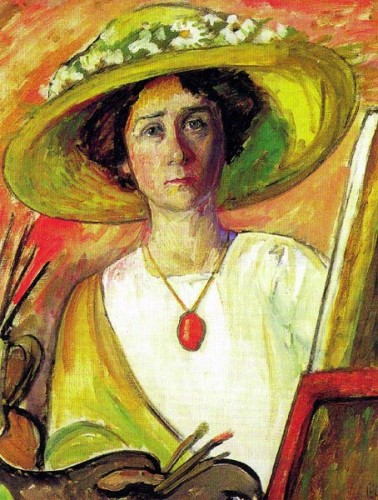 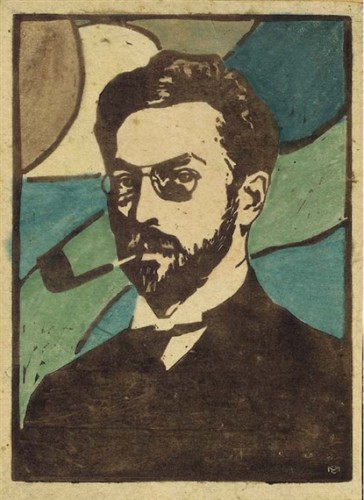 He was 36, her art teacher, and a dashing provocateur of the strict German art establishment in 1902.

She was 25, a liberated woman and one of the few females who dared to be an artist.

Together with a select group of Germans and Russians, they founded the rebellious cadre of artists known as “Blue Rider.” This group of maverick artists began the Expressionist movement in Germany. 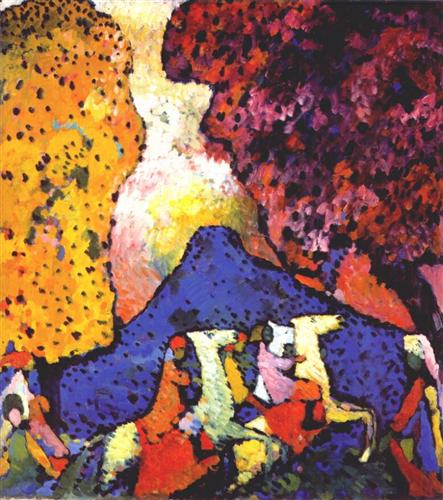 Obstacle: Kandinsky was married, his estranged wife in Russia. After he promised to divorce his wife and marry Münter, the couple lived and worked together for 10 years, bringing out the highest creativity in each other.

Kandinsky’s Russian divorce was not granted.

WWI began. Kandinsky was compelled to return to Russia. Münter, remaining in Germany, promised to safeguard hundreds of his and other “Blue Rider” paintings in their house near Munich until he returned. 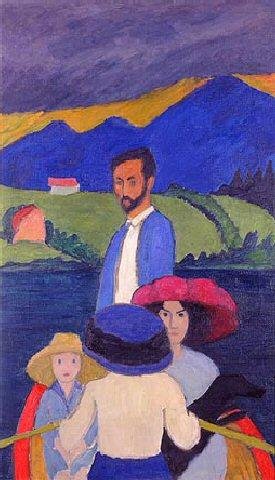 Kandinsky finally obtained a divorce in Moscow. Without telling Münter, at 51 years of age he married a 24-year-old woman named Nina. Münter, upon discovering the secret marriage, refused to return Kandinsky’s paintings. He never saw these paintings again.

Abandoned she may have felt, but Gabriele Münter kept her promise! For 30 years she sheltered Kandinsky’s work.

In the dark years of fascism, when Hitler outlawed “degenerate” art, Münter hid the paintings in the basement of her house. In spite of several house searches by the Nazis, the cache of art was not discovered.

After the war, Münter once again kept the paintings hidden. This time from the Russians, who were “expatriating” art for The Hermitage, their state museum.

On her 80th birthday, in 1957, Gabriele Münter gave the art world her greatest gift. She donated the incredible treasure trove of over 1,000 “Blue Rider” works to the Munich Municipal Museum.

Gabriele Münter is considered the savior of early German Expressionism.