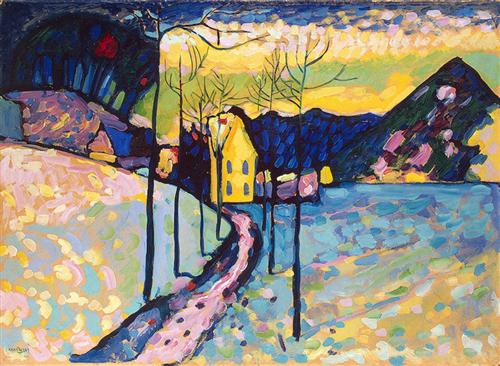 A little over 100 years ago, in 1911, a group of Russian and German artists working in Munich rebelled against the established traditions of art in Germany. The group named themselves “Blue Rider.” 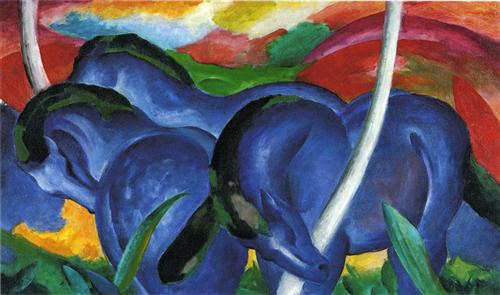 The name was born in a conversation between two of the founders, Franz Marc and Wassily Kandinsky. Kandinsky felt the color blue was spiritual and Marc believed animals had more of this spiritual connection in the natural world than humans…hence, Blue Rider. 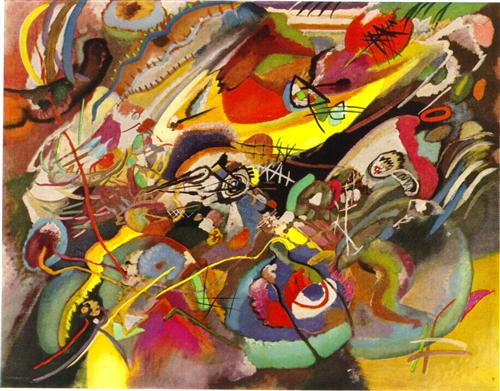 Blue Riders felt colors should be in harmony and resonate like music.

Art historian and author Cornelia Feye notes that Kandinsky was a “synaesthesist,” meaning that he could hear colors and see sound. After hearing a performance of Wagner’s opera Lohengrin in Moscow he said:

“I saw all my colors in spirit, before my eyes. Wild, almost crazy lines were sketched in front of me.” 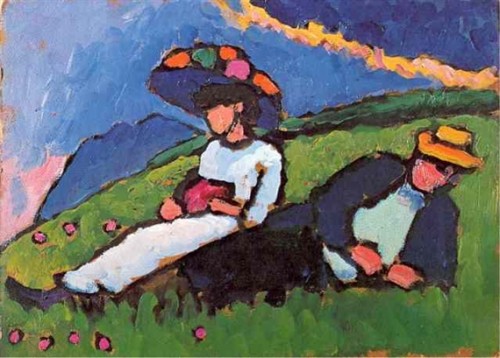 Gabriele Münter, also one of the founders of Blue Rider, collected children’s art. Although classically trained, she used simplified forms and colors expressing child-like innocence in her paintings.

A passionate but devastating 12-year love affair developed between Gabriele Münter and Wassily Kandinsky…another story…stay tuned for the next blog post!

Blue Rider was disbanded with the onset of WWI and the tragic war death of Franz Marc. The small avant-garde group is considered to be fundamental to the German Expressionist movement.

See Kandinsky’s greatest paintings. Click here if you are unable to view the video.